*Writer’s disclaimer: After a couple days of lamenting the Lakers, I have emerged from self-imposed exile.

I refuse to believe the Los Angeles Lakers are not a good basketball team. There is simply no way this can be true, right? I know their record is 22-23, and their play has been lackluster, but not good? In my Shannon Sharpe head shake and voice, I say, “Nope. Nope.” Right?

What this team is, right now, is underachieving. The 2012-13 Lakers were also underachievers. Dwight Howard and the aging Steve Nash were future Hall of Famers who tried to mesh with two other future Hall of Famers, Kobe Bryant and Pau Gasol. Gasol was also trying to get acclimated to his new role under Mike D’Antoni. A role that sucked, by the way. That team hovered around .500 most of the season, and by the end of the season it was a team no one really wanted to see in the playoffs. Yet by season’s end, they seemed to have found their footing. We all know what happened to derail their championship dreams, so there’s no need to rehash that part.

Fast forward to the 2021-22 Los Angeles Lakers, and we have a similar situation. It seems this team just cannot get out of its own way. Just when it looks like they have turned the corner of mediocrity, they return to the same old place. The same old place is frustrating and embarrassing losses.

I will be the first to admit that when LA beat the Utah Jazz Monday night, I went to bed thinking, “OK. They’ve turned the corner. This is THE game.” I wasn’t prepared for the debacle of Wednesday night when the Lakers lost to the Indiana Pacers, a team who had not won on the road since November and who were losers of 10 out of 11 games.

I should have been prepared. I should have known LeBron would play great as usual but throw up a couple of bad shots at the most inopportune time. I should have expected Carmelo Anthony to play minutes at center in the 4th quarter when defensive rebounds would be key, while the other team played a bona fide center as Dwight Howard sat on the bench. I should have known that no Laker lead is safe, and they would squander a 15 point lead. Oh, and don’t let me forget the Vogel-led bad rotations. These things keep happening, over and over again.

I also noticed Malik Monk’s absence late in the fourth as well. He should have been a key option on offense. He wasn’t. LeBron made two passes to Anthony for threes and both…clank. Bricks. I yelled at my television in disgust!

Malik Monk shouldn’t defer late in games. Outside of LeBron, Monk is the best player on the team to create his own shot. He needs a bigger role when the team is down late in the 4th quarter.

When I look at the schedule and count all the games the Lakers should have won and could have won, I cringe. What’s the solution? I wish I knew. Hopefully, they are still meshing. Anthony Davis will be back soon, though he wasn’t playing all that great before he got injured. I do think Russ will be better when AD returns. At least, I certainly hope so.

If there is one running theme through three episodes of Winning Time so far, it is the brutal difficulty involved in human beings attempting to force ourselves upon events.

When we left Magic Johnson at the end of the first episode of Winning Time, he was assuring the press that, having added him, the Lakers would not just be good, they would be “exciting.”

Near the end of the first episode of Winning Time, Dr. Jerry Buss, played immaculately by John C. Reilly, pauses to admire the swans gliding across the surface of a pond at the lavish mansion owned by Jack Kent Cooke. He is there to finalize an agreement to buy the NHL’s Los Angeles Kings, the Fabulous Forum, and the greatest runner-up team in American professional sports – the Lakers.

Can the Lakers Get Hot With 24 Games Left In the Season?

They might be down, but I don’t think they’re dead. Moving forward, the Lakers need these keys to drive into a successful postseason:

It would be a gross understatement to say that 2022 has, thus far, been a disappointing year for fans of the Los Angeles Lakers.

I refuse to believe the Los Angeles Lakers are not a good basketball team. There is simply no way this can be true, right? 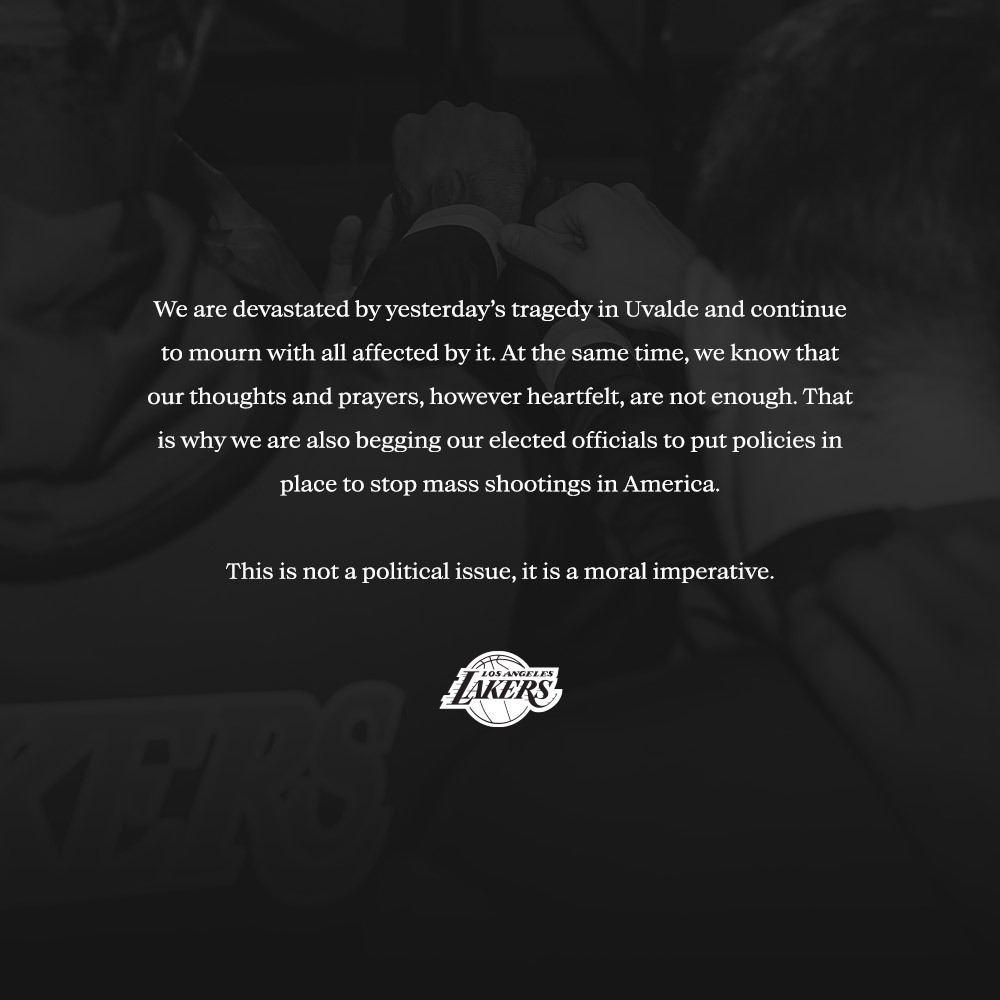 RT @GlizzyLuciano: Russ my boy I need u to leave LA give Zach ur spot

RT @LakersNationLNU: So it begins.. buckle up